If you grew up in the state of Ohio, or if you wandered through the midwest generally, you may remember Sohio.

A gas station chain, part of John D. Rockefeller’s Standard Oil empire, a brand that became extinct in the 1980s when BP America bought Standard Oil of Ohio and absorbed them out of existence. 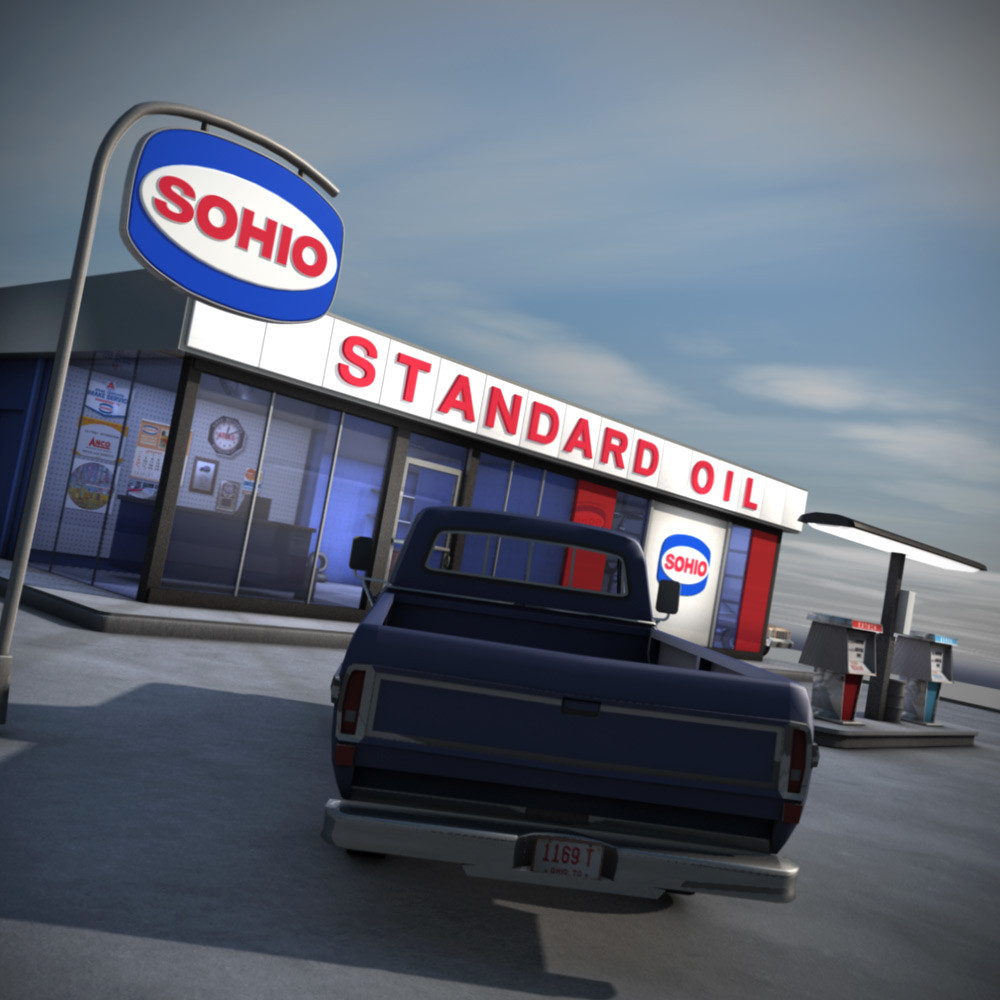 I liked Sohio stations in the late 1960s because they seemed (in the definition of the time) unmistakably modern, with clean lines and a bright red white and blue color scheme. In the cold Ohio winters, radio commercials with jarring proto-electronic music reminded drivers to fill up with Boron to prevent “fuel-line freeze-up”. (Kind of a 1960s automotive “heartbreak of psoriasis.”) 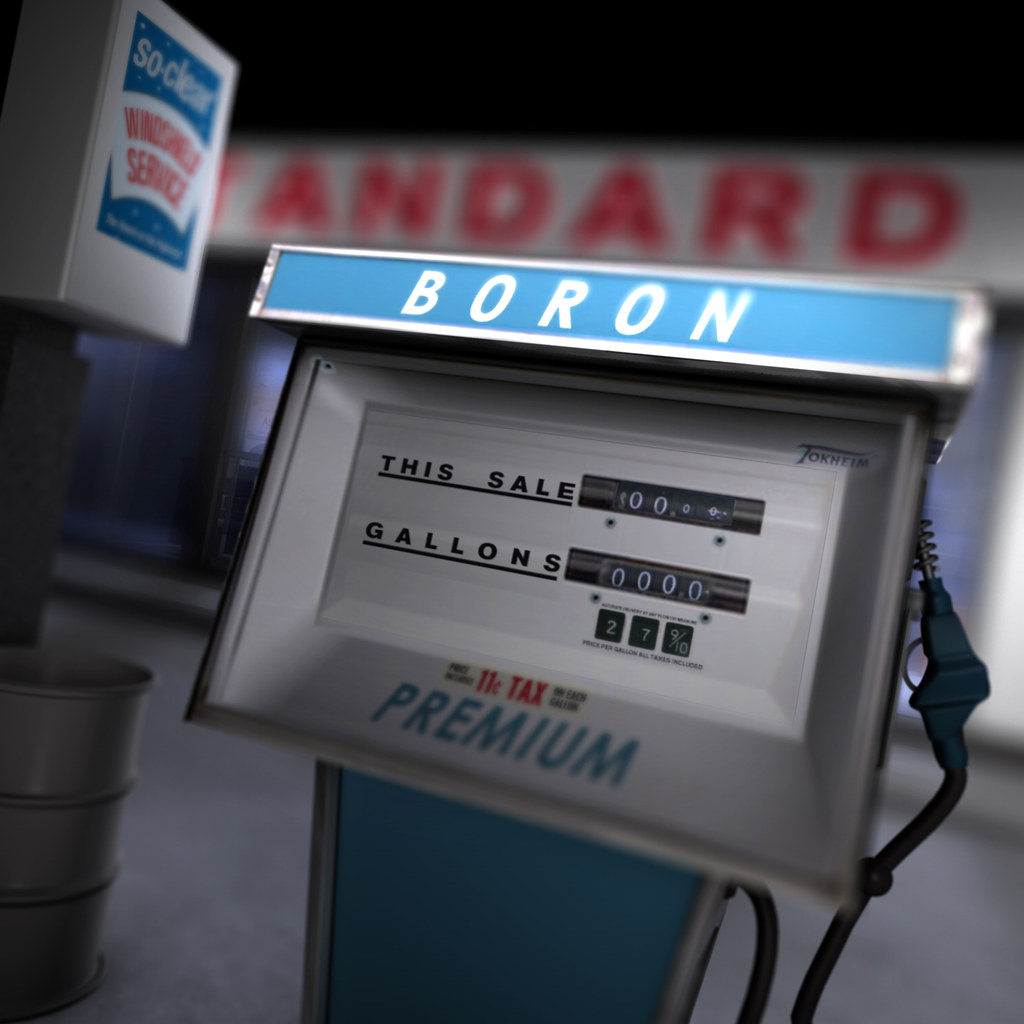 That’s why, when I had some spare time, I tried to recreate one completely in a 3D modeling/rendering program, from what I discovered was very limited online reference material.

Now the frames I’ve created—very much idealized and “in my mind’s eye”— have become part of what comes up in internetland when you search for ‘Sohio.’ And as long as you give me credit I have no problem with you linking to or talking about these images (which also show up on Flickr and Instagram.) 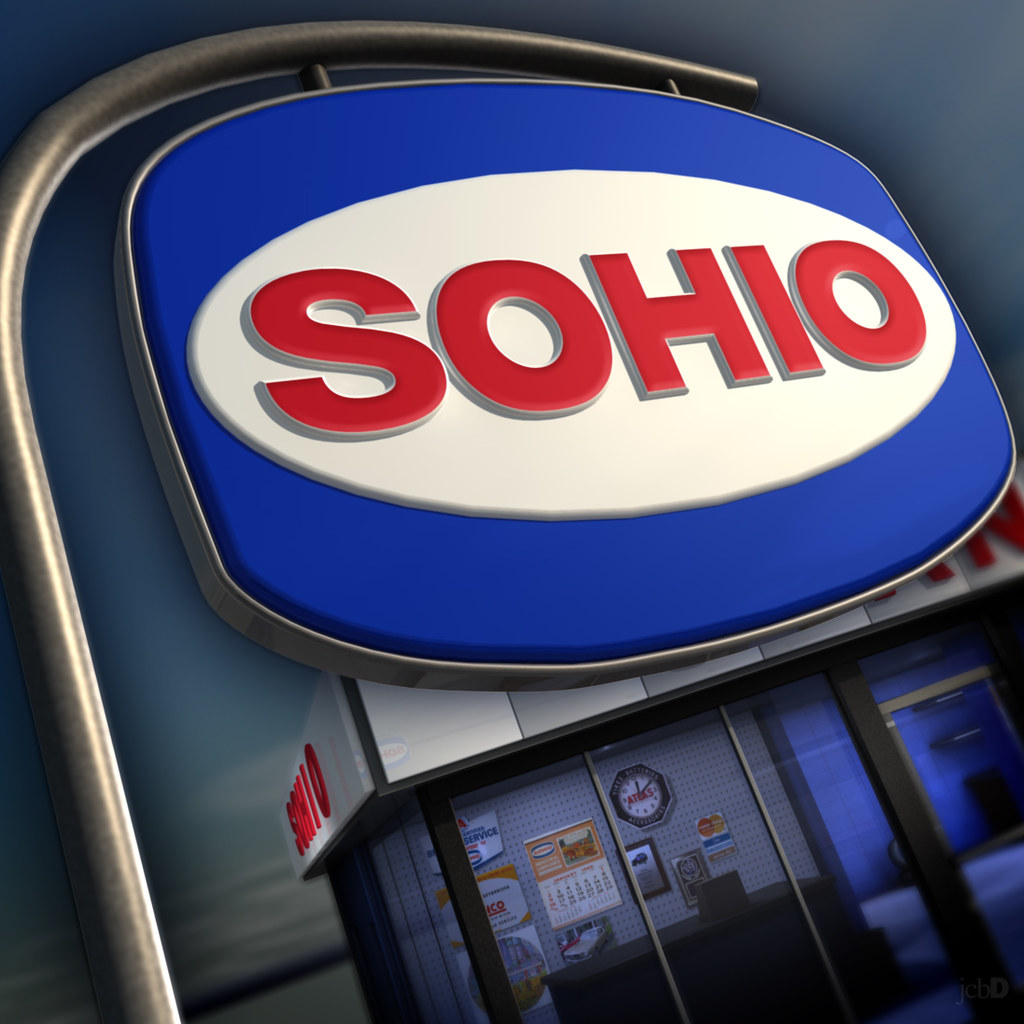