The @maddow interview is excellent. And I think one of the reasons it’s so good is it’s NOT live. It’s tight, it’s sober, it’s super-smart, and it doesn’t have all that live faux hoopla and “can you stay with us?” “We have 30 secs.” @npr please note!!

Corrupt all the time.

We’re sitting here listening to Wednesday night’s (tonight’s) Rachel Maddow Show interview with Lev Parnas (and lawyer), and it’s one of those moments like listening to John Dean talk to the house in 1973 or in the world of fiction, where Hal Holbrook tells Robert Redford’s version of Bob Woodward that their reporting was on the right track, and, if anything, the situation was even worse than they thought.

“All that stuff you’ve been hearing about and putting together without paperwork, recordings, or testimony from the White House? It’s all true.”

Rudy Giuliani: the G. Gordon Liddy of this scandal? Ah, well, maybe these seventies-to-now comparisons don’t serve our greater understanding. Donald Trump’s crimes exist uniquely in the messed-up world of today. And the list of complicit conspirators does not stop at the top, it dribbles down through the VP and attorney general, and, and…?

And on a day where the House solemnly delivered the impeachment counts down the hall to a Senate led by a diffident Mitch McConnell, it’s great to have an interview that sheds light into the insane machinations of Rudy Giuliani, lawyer to the President.

And then sometimes, it’s just nice to be able to chuckle at an MSNBC graphic that sums up one tiny component of this mess: “Parnas on Hyde: He’s Drunk all the Time.”

(Not so) secret mission.

There was a time when I devoured books like this one (written in the late 1980s by Mac programming legend Scott Knaster) in order to glean new insights into the ultimate Box of Mystery, the Mac computer on my desktop.

Nowadays, my mastery of these mysteries (such as it is) is one of those things people value about me. Also, despite my impatience with so many things, I seem sufficiently patient to check every IMAP setting and every iCloud checkbox and every OS or application version that might be standing in the way of true zen computer happiness, where all your bookmarks are where they are supposed to be and the email on your phone matches your desktop.

So I’m looking forward to seeing an old buddy from Turner days tomorrow for coffee and tech support. Happy to help.

January? My month? Seriously? Well, it must be serious, because there’s a smiley face on there along with lottery numbers. Or a locker combination. Or…a European phone number? Or maybe it means if I decode the numbers, my month will be revealed!

I’m not really sure, but the cookie was tasty, as were the Fish Tacos. Thanks, Doc Chey’s.

I have a clear memory of the night that Reagan defeated Carter. I have an even clearer mental tape of when he was re-elected, defeating Walter Mondale.

I find myself playing it in my head now and trying to compare it to how things feel in the cold reality of 2020. Sure, it felt wrong to have the addled actor in the White House. There was a pang, an ache knowing that so many of my fellow Americans were sucked in to the garbage about ‘Morning in America’ and supply-side economics.

But I think the Present Godawfulness has its own special quality of dread. There is world class international corruption, transacted deeply beneath the surface and out in plain sight. Crime. For financial gain, and oh my yes, power.

It is a new, very disturbing ache all its own. 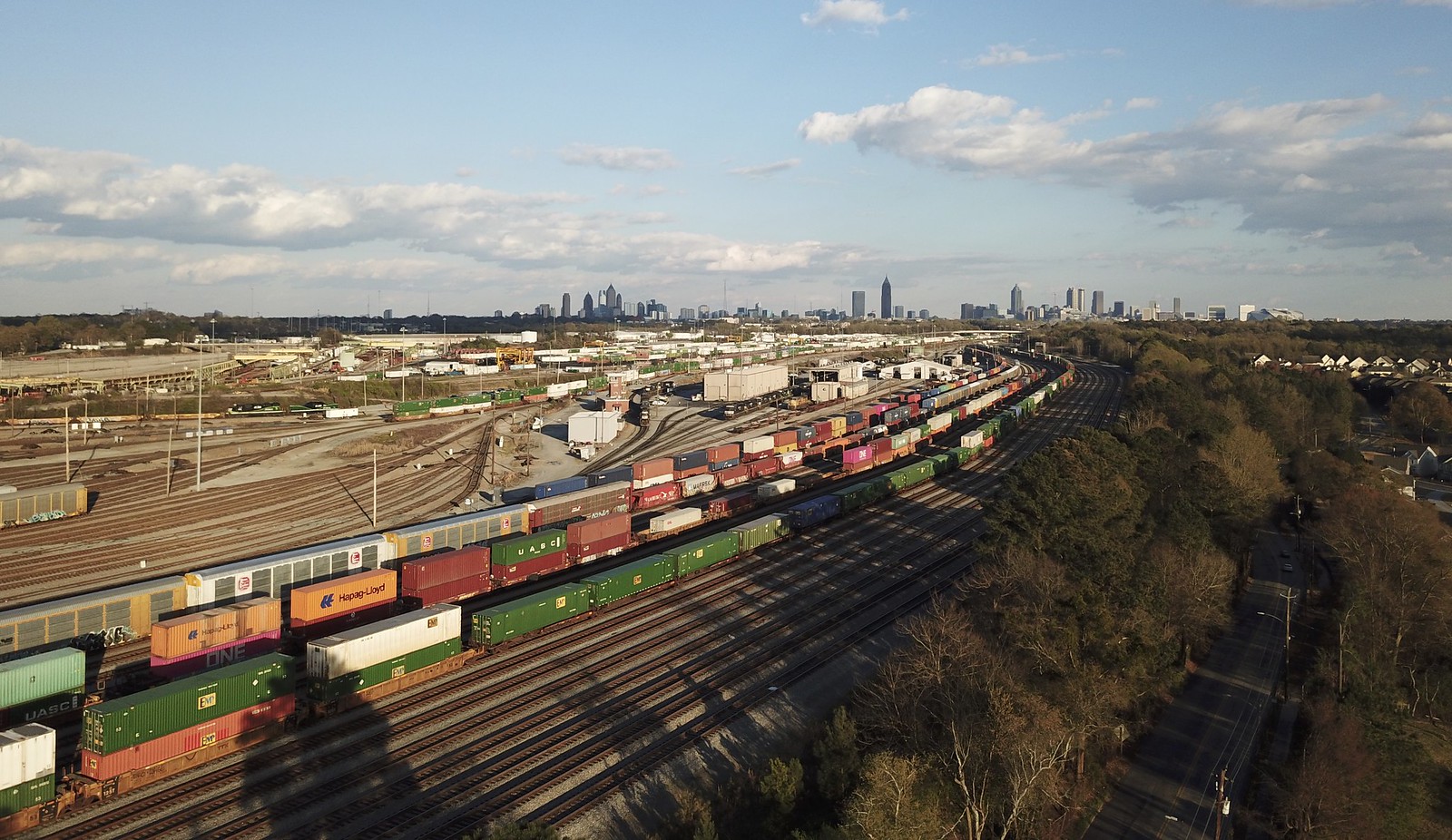 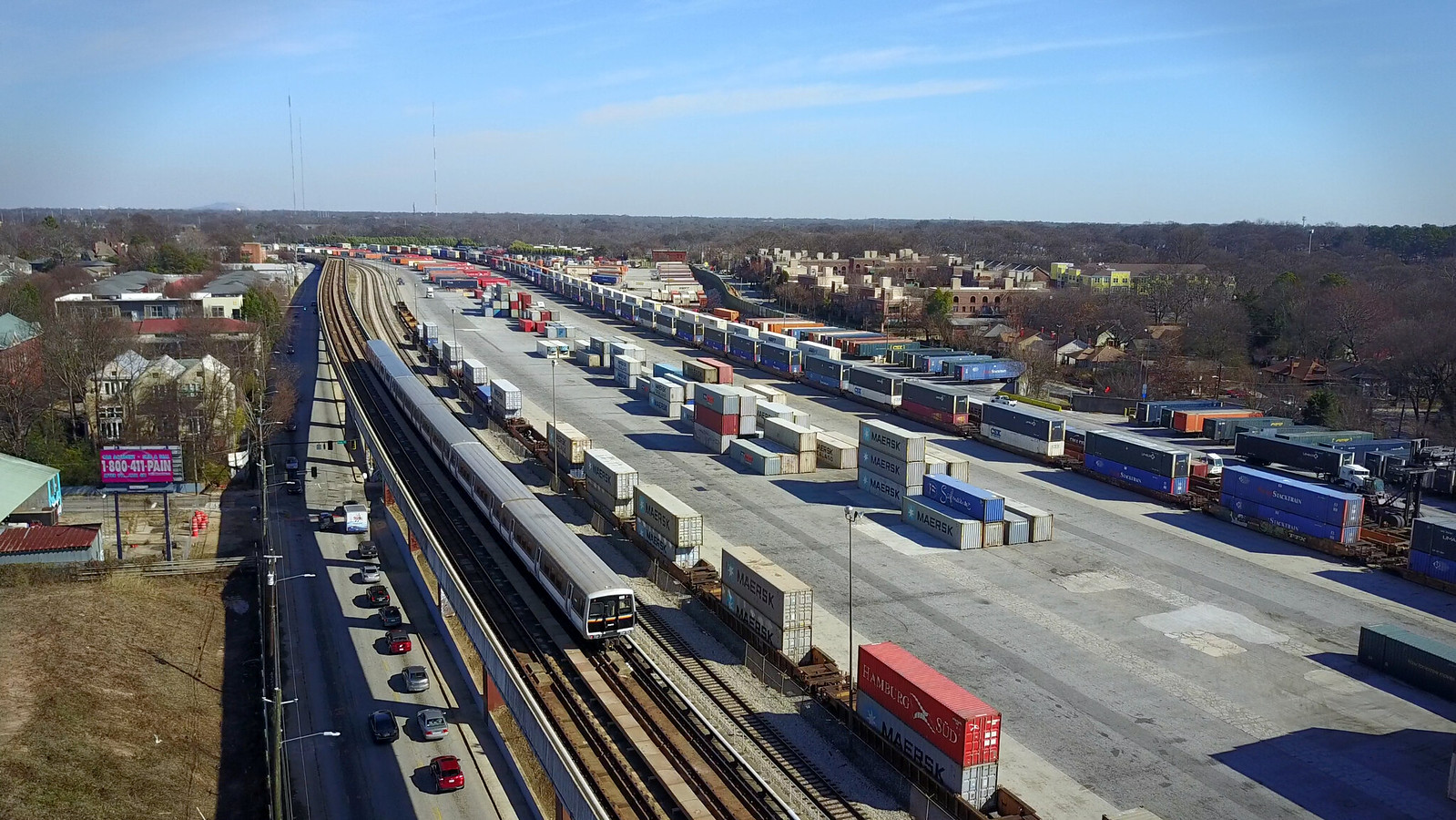 I’m not really sure why the founders of what became Atlanta thought ‘Terminus’ would be a great name. I mean, I get it, it has throughout its history been the place where a lot of rail lines come together. They crisscross. Some even terminate! But that name: it has a certain finality that sounds like a novelist needed to conjure a place where folks assembled to spend their final hours. Or maybe just zombies.

So when the time (quickly) came to change it, it’s not at all surprising they picked something brighter: Marthasville! Feel the Marthaness!

And, well, sorry, Martha Atalantica Lumpkin, daughter of a governor…your notoriety didn’t last. Your name…uh, some of the letters in your name, urr, sort of, well, part of the middle if you said it with a southern accent…aw, face it, it’s Atlanta.

Words worth a thousand pictures.

One of the things I used to rely on: when I wrote lots of posts for this site, they would get safely tucked away as a form of digital memory, so that later on I could search and find out what I was thinking so many years ago.

I wrote a post on the first day we got broadband (DSL, in 1999, from a once-huge company called Mindspring.) I wrote about the day a squirrel took out the power in Midtown for hours, some 12 years ago. I wrote about our planned purchase of an iPhone in 2007, because we had up until that point stayed away from having cell phones of any kind. I even wrote briefly about the Atlanta Braves winning the World Series in 1995 because that seemed like such a novel moment, and back in 1995, not that many people in our town had a website, a blog, a whatever-you’d-like-to-call-it.

Yes, that is correct, Positively Atlanta Georgia has been around for something like 24…almost 25 years. Longevity! The key to…being around for a while?

But the past few years, I’ve been much more sporadic in my writing, in part I think because I was struck by how unimportant a lot of what I had to say seemed once it was cast in the electrons of the database that holds this site. This may or may not be empirically true—but it’s certainly the feeling I had as I stepped away from making words appear here.

More recently I’ve been posting photos like this one of our christmas ‘tree’ because I figured a picture is worth some vague multiple of unimportant written words. I pointed the reader’s attention to a larger collection of my photos uploaded to Instagram and Flickr, and I’ve been pretty good about posting a lot of pictures to Instagram…and yet it feels as if in some ways I’m not really working in the spirit of the site. Some of the pictures are posted days, even weeks after I take them. They almost are never of me or of people in general—and trust me, I do know and care for a fairly normal-sized cadre of humans. I try (tried?) to post stuff that is powerful imagery in a square format that maybe punches through the day to day noise.

But there are cats and cheeseburgers too.

Scrolling back through the over 3000 images I’ve tossed Instagram’s way, I feel as if I’ve reached a point where, OK, I’ve visually said a lot of what I’d have to say. Old TV gear, coffee, newsboxes, Macs. Yeah, got it. Although it’s great to see what friends and loved ones are taking pictures of, even that experience is becoming more problematic for me. After all, as I have known for as long as it was true, Facebook owns Instagram. This experience is serving them more than it does me.

So I come back to words, expressed in chunks significantly larger than 280 characters, owned and owned up to by me and hosted right here on a site I have carefully crafted and maintained—although ‘maintained’ might be a bit charitable—sure seems as if it’s time to change the environment that presents these words and pictures because I am a graphic designer and that’s what we do after some time has passed.

I’ll be writing 500 words about the sublimities of cats and cheeseburgers, just you wait.